Agan was very arrogant and thought she would win this fight easily. She talked some trash to Chuan about how badly she was going to beat him, how he was no match for her. Chuan answered with some trash talk of his own, but Agan did not take him seriously. The fight started very evenly, with both Agan and Chuan hitting each other with punches and kicks. 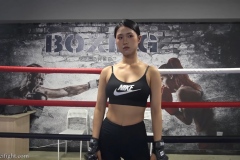 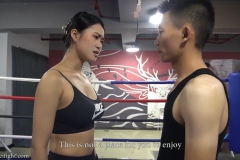 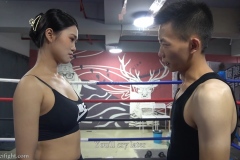 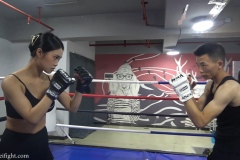 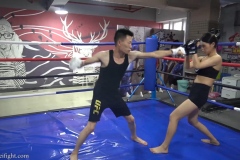 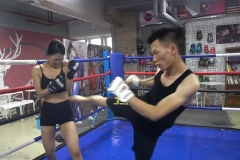 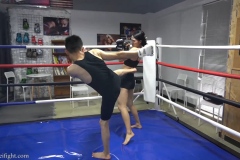 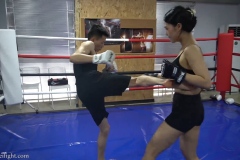 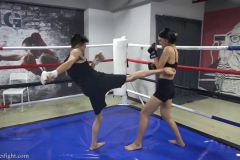 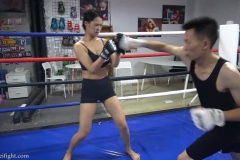 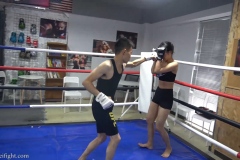 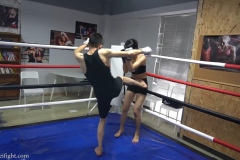 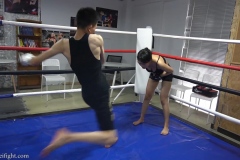 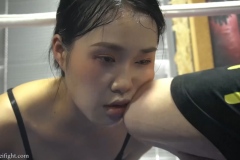 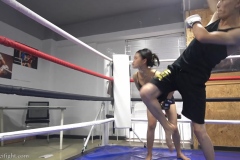 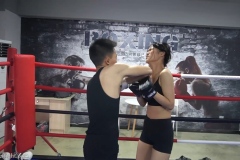 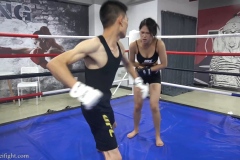 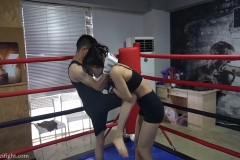 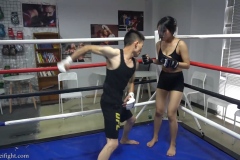 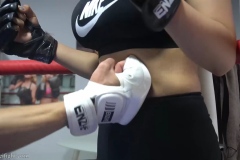 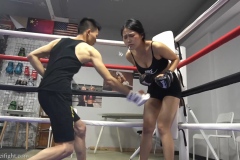 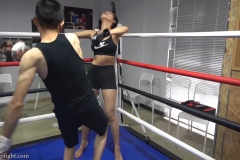